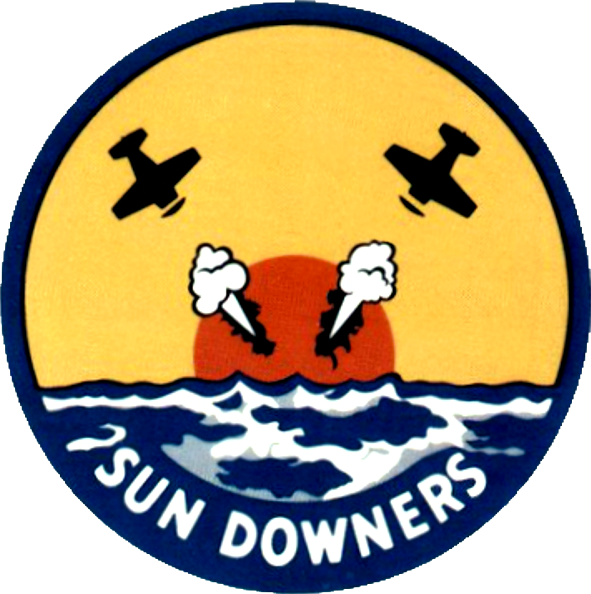 In 1961 the Sundowners' traditional mascot, "Omar," painted on the fin top, was conceived by squadron enlisted men to mark the transition to the F-8D Crusader. The triangular stick figure appeared on VF-111 aircraft and squadron spaces. During the 1960s, VF-111 flew four different versions of the Crusader (F-8C/D/E/H).

During the Vietnam War the Sundowners were based at NAS Miramar, California with the squadron (including detachments) making ten deployments to Southeast Asia,[4]flying 12,500 combat sorties.